Ok, so maybe I did order deep fried mashed potatoes stuffed with cheese and chicken for dinner my second night in Cuzco, one of the food capitals of the world. But please don’t judge until you’ve walked 1.6 kilometers in mis zapatos. I hadn’t eaten since lunch the day before (well maybe I did have a tiny little bit of yogurt and grenadilla – one of the many delicious fruits I’ve come to love in Peru – for breakfast), and had spent the day climbing up and down the sides of drop dead gorgeous Andean mountainsides, exploring some of the many ancient Inca ruins that define the Sacred Valley between Cusco and Ollantaytambo.

With the exception of Machu Picchu, which lies at a lower altitude (7,800 feet), I had spent the past several days at altitudes between 9,000 and 12,500 feet and was experiencing some symptoms of altitude sickness. Oh, and I had just drunk a Pisco Sour. So please forgive me for wanting comfort food.

Peru boasts 3,600 or so varieties of potatoes (papas) and the Peruvians do love their papas. The mashed potato dish that I had in Cuzco (minus the deep fried part) is a quintessential Peruvian dish called Causa. It is often served cold and consists of seasoned mashed potato terrine variously stuffed with tuna, egg, shrimp, chicken and/or avocado, often topped with aji (a classic Peruvian sauce made from yellow peppers) or black olives. Causa is so beloved by Peruvians that the word is also used to mean “my brother” or “my best friend”.

On the train to Machu Picchu pueblo (aka Aguas Calientes) a few days earlier, I chatted with a young man sitting next to me. He is on a 3 month motorcycle trip through South America and, turns out, he is also a foodie. He told me about a new restaurant that Virgilio Martinez – voted best chef in the world by his fellow chefs – had opened adjacent to the Incan ruin at Moray.

Moray is unusual in that it consists of several terraced circular depressions at an elevation between 11,000 and 12,000 feet. Scholars have recently determined that the terraces were used by the Inca to experiment with growing crops at various altitudes. The depth, design, and orientation with respect to wind and sun creates a temperature difference of as much as 27 °F between the top and the bottom terraces. And the terraces are stunning (photos attached).

Chef Martinez, whose Lima restaurant “Central” is considered to be #5 among the best restaurants in the world, opened MIL in February of this year. The restaurant – about as out-in-the-middle-of-nowhere as you can get – offers an 8 course tasting menu of foods sourced solely from the Andes. MIL also has a culinary research arm, Mater Iniciativa, that has been working with biologists, botanists, and an anthropologist to learn more about Andean food culture and science. The menu changes daily and depends to some extent on what has just been harvested.

Although I’d already blown my budget badly in Peru on food and travel to ancient sites, I couldn’t be this close and pass up the chance to experience MIL. That’s what credit cards are for, right? The challenges to scoring a seat at the table were as steep as the Andes around me but I made a deal with myself that if I could manage to get there, and get in, I would come home and start working earlier than planned to pay for my sins (in this case, gluttony).
Taxi drivers surrounded me like a swarm of insects when I got off the train from Machu Picchu in Ollantaytambo the day before I ate fried mashed potatoes. Honorio, a registered driver with a photo id on a lanyard around his neck intervened when the situation started to get testy and I tried to walk away. Honorio would take me to Moray, wait for me, drive me to Cusco and include whatever stops I wanted to make along the way for 150 soles ($45).

The next hurdle would be getting a seat at the restaurant when I arrived.

MIL was hard to find once we got to Moray – it’s built into the side of the mountain above the ruin and is not easy to see. I don’t think they get a lot of walk-ins.

The staff were gracious and assured me they’d do what they could to seat me. Once they did, I was treated to the most unusual foods I have ever eaten. Each course had a name (e.g. Plateau, Andean Forest, Extreme Altitude) and included several portions of foods representative of the area; each course was also preceded by an “infusion” made from Andean herbs, fruits, fish (which neither smelled nor tasted fishy), and even wood. I chose the non-alcoholic infusions, though another option was to pair each course with a spirit also distilled in-house from Andean-sourced ingredients.

MIL not only provided an experience I’ll never forget (at least until I get Alzheimer’s) but also confirmed for me that Peru truly is heaven for those of us who like to eat.

Alert readers of this series of dispatches may remember my ecstasy upon discovering Tanta, a Peruvian restaurant in the ‘hood where I lived in Buenos Aires. Much to my delight, I discovered a Tanta around the corner from my digs in Lima. Tanta is the creation of Gaston Acurio, one of the originators of Peruvian fusion cuisine and the chef who has done the most to popularize it. Oh, and by the way, Virgilio Martinez worked for Gaston Acurio before he set out on his own.

Acurio has restaurants all over Lima. One of the reasons that I blew my budget in Peru was that I had to try all the different manifestations of Acurio’s kitchen, including Chifa (Peruvian/Chinese) at his moderately priced Madame Tussand’s and Nikkei (Peruvian/Japanese) at his not at all moderately priced Maido, considered to be #8 among the best restaurants in the world. Once again I had the tasting menu – this time it was 11 courses. Each course was tiny but oh so tasty and came with descriptions like “Sushi with limpids: In yellow collie sauce in nitrogen”. While it sounds like this description was offered by my Speak and Translate App, it’s actually what the menu said. Apparently the translation came from someone else’s app.

In another restaurant, I had the best quinoa I have ever tasted. Shortly after, I discovered a cooking class in Lima devoted to quinoa. Among other things, I learned to cook quinotto (quinoa risotto), the dish that had led me to take the cooking class. Here’s hoping I can find the recipe when I get home and that those of you who live close enough will come by to try it out.

The markets in Peru are full of the most extraordinary fruits in shades of green, yellow and red, many with tough, spiny skins containing small seeds in a gelatinous base. While this description does not make them sound very appetizing, these fruits have a sublime flavor. Fruits stands are everywhere. I have fallen in love with Jugo de Maracuya (passion fruit juice) and Chicha Morada, a slightly fermented juice-like drink made from purple/black corn. While these are also available in bottles, they only taste good to me when fresh made. Even bottled, though, they are far superior to Inca Kola, the national soda pop of Peru, which is the color of urine and is sometimes described (kindly to my mind) as tasting like cream soda.

Even in a country where I was constantly astounded by the food and beverage options available, I was still surprised while sitting in a pool of hot water at the thermal baths in Aguas Calientes. There was a sign offering “Cocateles of every kind”. One of the options was Sheridan’s Frenet con coco. “We are bringing to you”, said the sign, “just wave your hands and it will come”. And indeed, in the pool people were drinking beer, pisco sours and, for all I know, Sheridan’s. Since I didn’t care for the one taste of Frenet that I had back in Argentina, and I was kind of logy from the thermal bath, I never got around to waving my hands.

The night before leaving Peru for Colombia, several Pangeans gathered for a last Tanta in Lima, wishing a fond farewell to Peru, to Mary Lou who was heading home to the US, to me who was leaving Pangea to take off on my own – and to Tanta who had treated us all so well for so long. For old time’s sake, I had the chicken risotto dish that started my love affair with Tanta and Gaston Acurio in the first place. 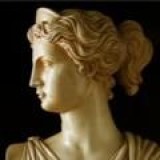 I didn't try to be a goddess; it just turned out that way.